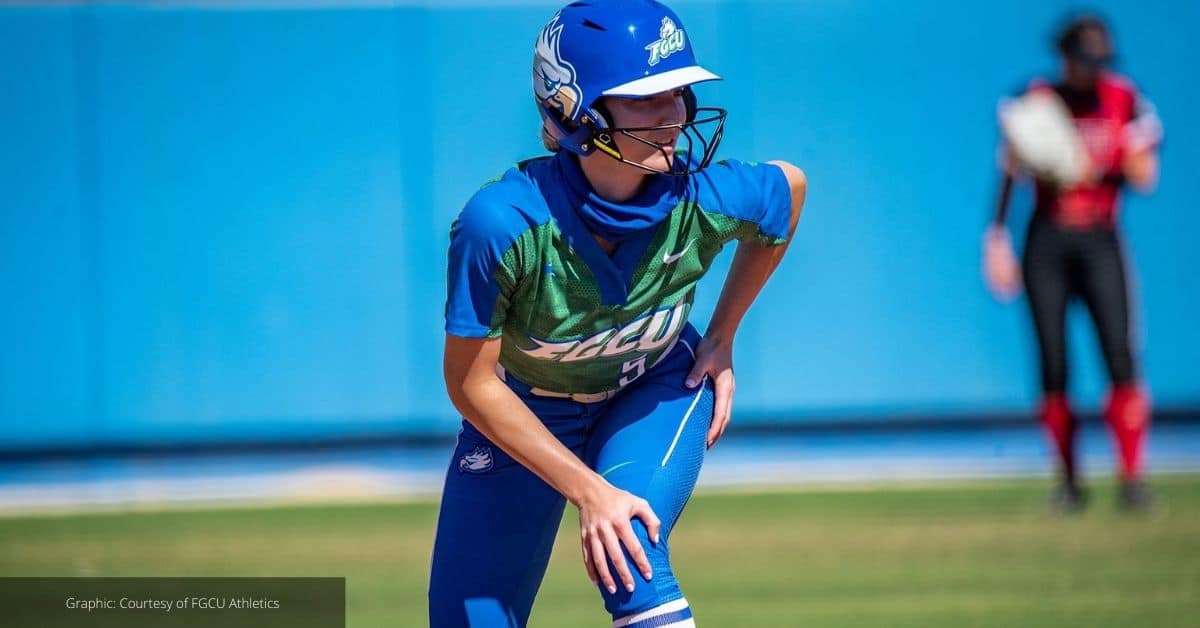 “We would’ve loved to sweep today but I’m proud of our team for winning the tournament,” said head coach David Deiros. “We have a lot of work to do before next weekend but we will rest tonight and tomorrow knowing we gave it our all.”

Game 1 | FGCU 5, UConn 4
UConn took an early 1-0 lead in the top of the second as the visitors turned a leadoff walk into the first run of the game, producing a stolen base and a couple of ground balls. Up until the sixth, the Eagles struggled to get any momentum, leaving five on the pads, having just one runner reach third base during the stretch.

In the aforementioned sixth frame, Marissa Mesiemore (Bushnell, Fla./South Sumter HS) gave the Eagles a leadoff walk as Ahnie Jumper (Clewiston, Fla./Plantation American Heritage) pinch-ran for her and then sprinted to second on a wild pitch. Pinch-hitter Haley Morrell (Tampa, Fla./Academy of Holy Names) moved Jumper to third on a dribbler to the shortstop before Johneisha Rowe (Avon Park, Fla./Sebring HS) smacked one up the middle for the 1-1 tie. Rowe would steal second as another clutch pinch-hit situation brought her home. Freshman Ryley Topliff (Fort Myers, Fla./Fort Myers HS) produced her first collegiate hit, a double to left-center to give FGCU a 2-1 advantage.

UConn wasted no time responding, tying the contest 2-2 on two hits and one error, highlighted by a triple down the right-field line by Reese Guevarra. Tied after seven played, the International Tiebreaker rule went into effect – last out of the inning is automatically placed on second.

Relief pitcher Mesiemore worked around a bases-loaded jam in the eighth as the Eagles could not respond either. Both teams exchanged runs in the ninth as Rowe moved to third on a sac bunt from Jordyn Gendron (Tampa, Fla./Wharton HS) and was then plated home on a sac fly to left from the eventual hero, Hannah Shemansky (Lakeland, Fla./Santa Fe Catholic). Following UConn’s score in the 10th, this time it was starting pitcher Taylor Bauman (Jacksonville, Fla./Atlantic Coast HS) (moved to the DP after Mesiemore took over in the seventh) driving in the fourth run of the game, scoring Reedy Davenport (St. Johns, Fla./Bartram Trail HS) from second on a single to right.

In the 11th, UConn moved its runner to third on a sac bunt but Mesiemore induced two grounders to keep the runner at bay and the Huskies scoreless. In the bottom half, Amaya Gainer (Tallahassee, Fla./Chiles HS) was placed on second as Maddy Johnson (Lake Wales, Fla./South Region HS/FSW) singled to third before a sac bunt from Rowe put both of them in scoring position. Facing two outs now, Shemansky drove a single past the shift through the right-side for the walk-off victory.

Mesiemore (2-3) walked away with the win after her five innings of relief. She scattered just five hits while yielding one earned run with one walk. Bauman pitched the first six frames, fanning three batters on one earned run, giving up just two hits. Shemansky and Rowe each finished 2-for-4 at the plate as Shemansky produced two RBI.

Game 2 | FIU 3, FGCU 2
Against the Panthers, the Eagles struck quickly in the bottom of the first. Rowe produced a leadoff single and stole second base to get the offense going. After advancing to third on a wild pitch with two away, Mesiemore singled to right to bring her in. Following a scoreless second frame, FIU took a 2-1 lead using two hits on two outs. In the fourth, a leadoff triple helped increase the Panther’s score to 3-1 as a double down the left-field line with two outs produced the run.

In the bottom of the fifth, FGCU manufactured three hits to make it a one-run affair. Back-to-back singles from Rowe and Shemansky got things rolling. Davenport then laid down a sac bunt to move them into scoring position. Up next, Mesiemore laced one to left for the RBI single.

FGCU brought the go-ahead run to the plate in the sixth after a two-out double (first collegiate hit) from Kaylin Cole (Clearwater, Fla./Calvary Christian HS) but she would be stranded as the Eagles then went down in order in the seventh.

Of the eight total hits on offense, Rowe and Shemansky each went 2-for-4 while Mesiemore capped off her day by going 2-for-3 with two RBI.

Bauman took her first loss of the year in the circle moving to 2-1. The Jacksonville native tossed four frames, striking out one batter, scattering four hits. In her relief appearance, Mesiemore pitched three innings, giving up a pair of hits and one walk. 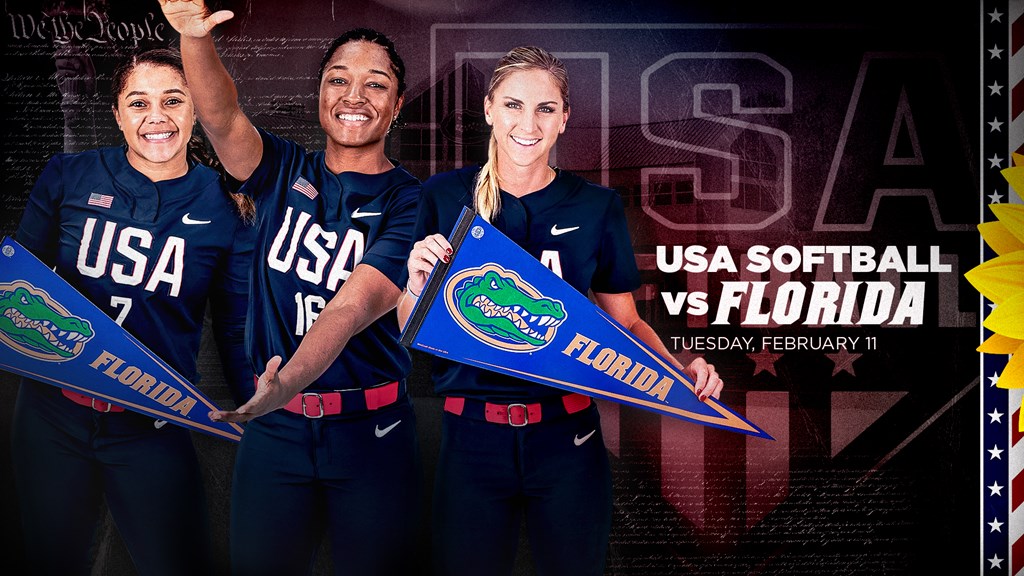 Moultrie, Munro & Stewart Set to Return With Team USA for Exhibition Against Gators 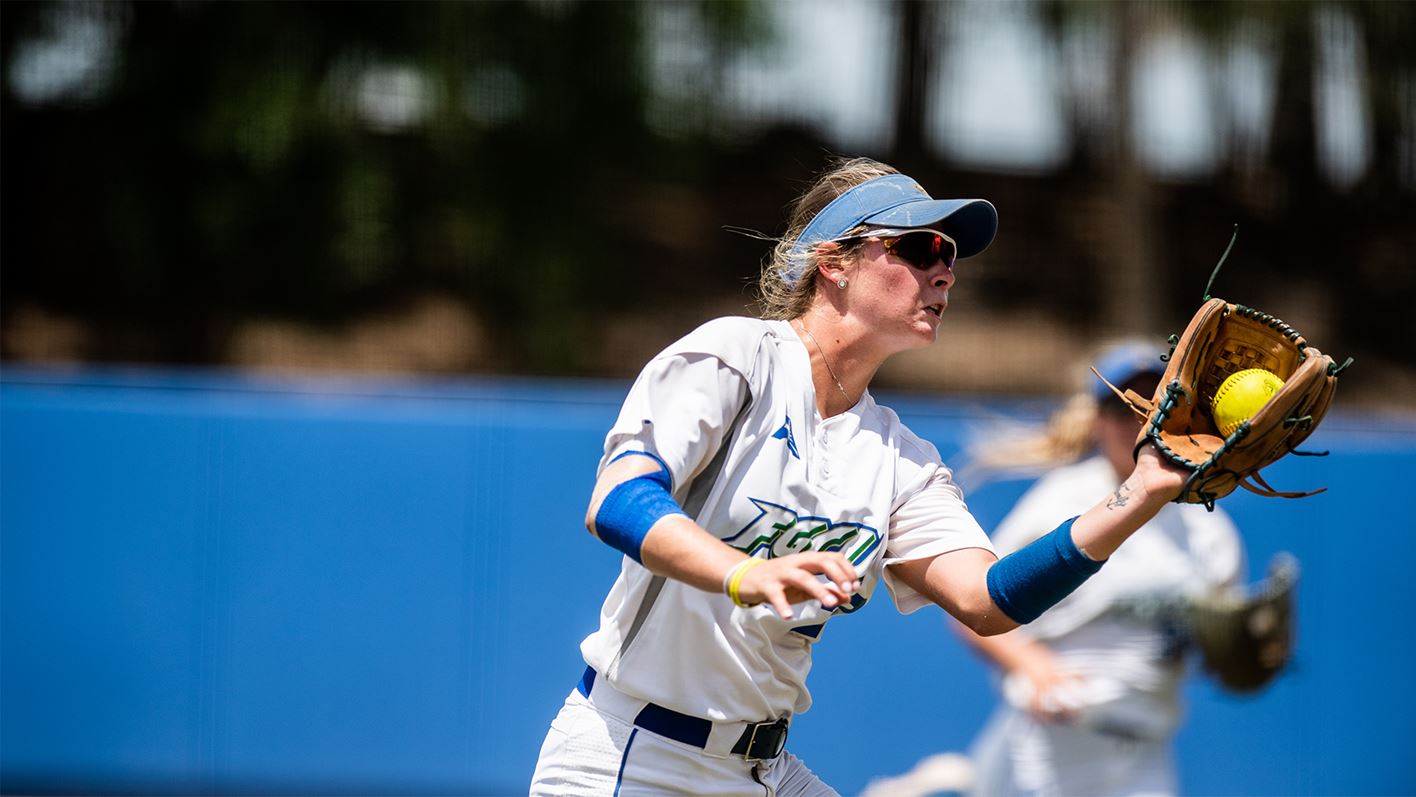 2020 schedule all set for FGCU Softball this spring 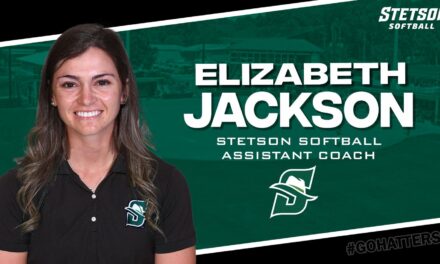 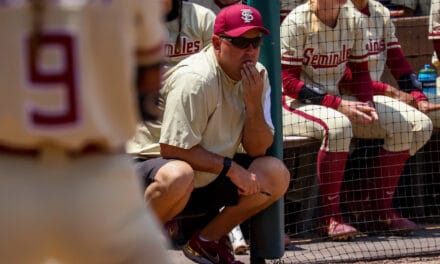