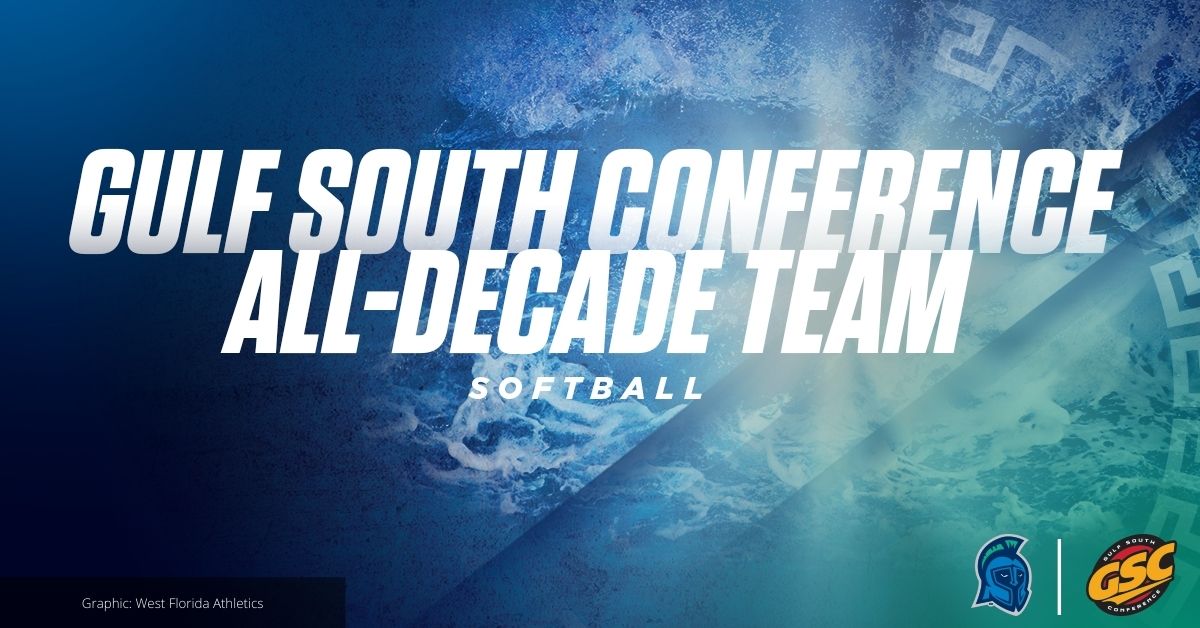 BIRMINGHAM, Ala. – The second half of the 2010s was a renaissance for the UWF softball program. With 190 wins, a .722 winning percentage, and two appearances in the NCAA Championship since 2016, West Florida has once again become the class of the Gulf South Conference.

It comes as little surprise that all four Argonauts who earned a place on the GSC All-Decade Softball Team, as announced by the league on Thursday, were all members of the 2019 GSC and South Region Championship team, and three of them are active players. Teala Howard was a first team selection as a utility player, and Grace Gilbert (utility), Rhiannon Sassman (shortstop), and Kelsey Sweatt (pitcher) earned second-team accolades.

Howard made an immediate impact on UWF as a freshman in 2019, earning All-America honors from the D2CCA and the NFCA as a utility player. The Lake Butler, Florida, native tied the UWF single-season batting record (.464) in her freshman campaign before shattering it with a .500 batting average in 2020. Howard has played four positions – second base, third base, left field, and right field – in her time at UWF and has established herself as one of the best hitters in the country in her first two seasons. Howard was the 2019 GSC Freshman of the Year, a finalist for the 2019 NFCA Top 25 Player of the Year, and holds the UWF record with a .475 career batting average. She is also fifth in program history in slugging (.587) and stolen bases (73).

Gilbert has served as a two-way player for UWF in her three years in the Green and Blue. A native of nearby Chipley, Florida, has put together an impressive resume – especially over the last two seasons. A 2019 First Team All-GSC selection, Gilbert holds a career 2.15 ERA with a 43-16 record and a .229 opponent batting average, while hitting .354 and slugging .463 as a regular starter in UWF’s lineup. Gilbert earned a place on the 2019 NCAA Championship All-Tournament Team after hitting .444 and posting a 1.62 ERA over 17.1 innings in Denver last year. She was also hitting .381 with .571 slugging percentage with a 1.65 ERA in shortened 2020 season.

Rhiannon Sassman put together one of the most outstanding careers in UWF history from 2016-19. An Orlando, Florida, native, Sassman was a three-time All-American, a three-time NFCA All-South Region selection, a three-time All-GSC pick, the 2019 D2CCA South Region Player of the Year, the 2019 GSC Player of the Year, and ended her career as a CoSIDA First Team Academic All-American. Sassman is the GSC’s all-time triples leader (24) and ranks in the top 10 in UWF history in doubles, triples, slugging, total bases, assists, RBIs, batting average, runs, and walks. Sassman was also selected for the 2019 GSC “Top Ten” Award, which recognizes the top student-athletes in the GSC for athletic, academic, and extracurricular accomplishments.

An All-American in 2019, Kelsey Sweatt quickly became one of the top pitchers in the GSC upon her arrival in Pensacola. She was the 2019 D2CCA South Region Pitcher of the Year, a first team All-GSC selection in 2019, and she was the 2019 GSC Tournament Most Outstanding Player, after throwing 14.0 total innings with 18 strikeouts, 2 walks, and a 0.50 ERA over the weekend. Sweatt has 26 wins, a 1.87 ERA, and a .174 opponent batting average over her two years at UWF. Her career mark of 6.62 strikeouts per seven innings is ninth in GSC history and higher than any pitcher whose career has taken place this decade.

UWF reached the NCAA Championship in both 2017 and 2019, the only GSC team other than Valdosta State (2012-14) to get to the final stage more than once in the decade. 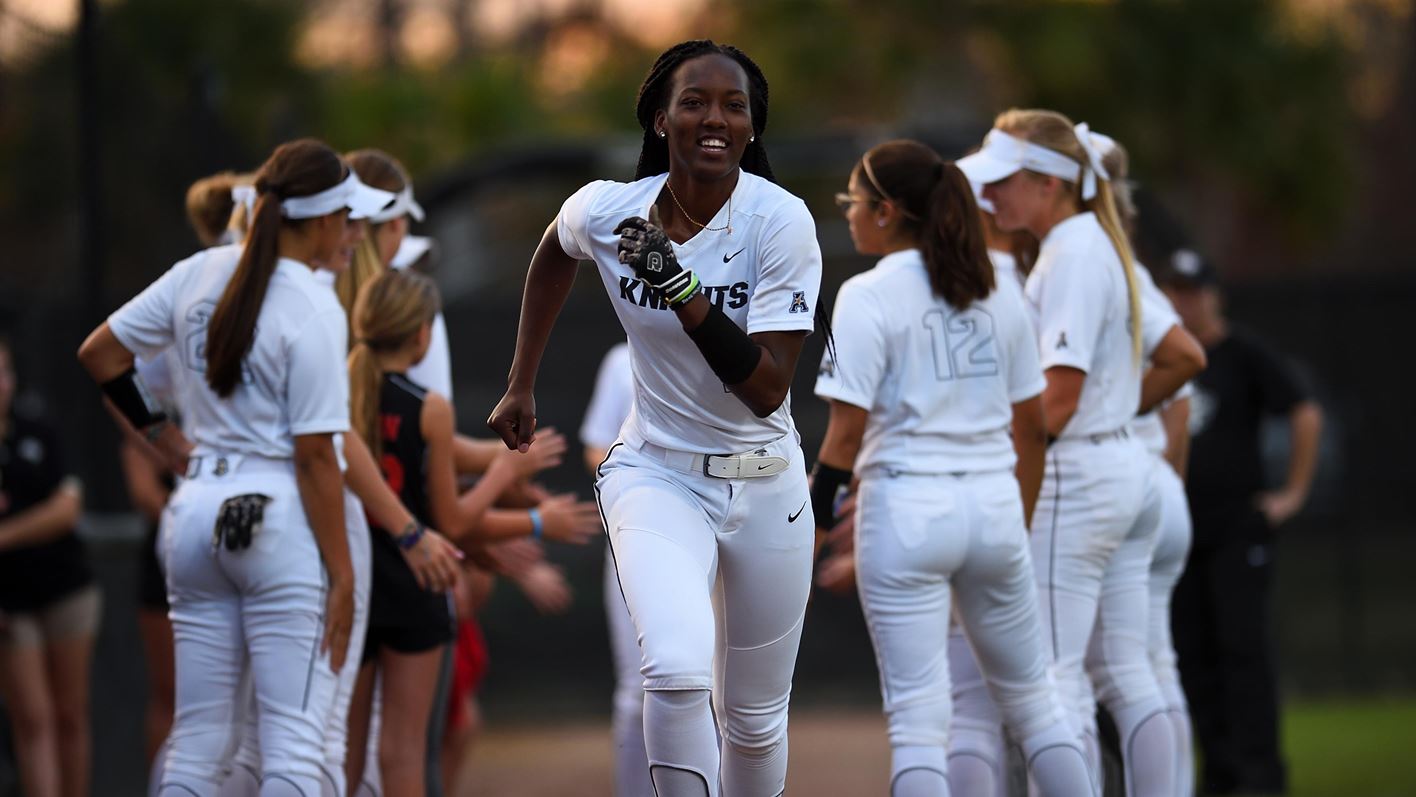 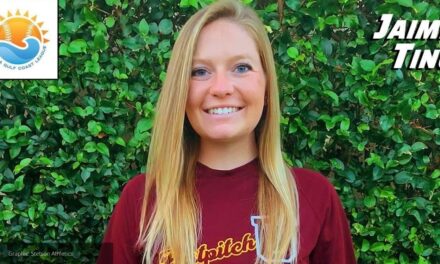 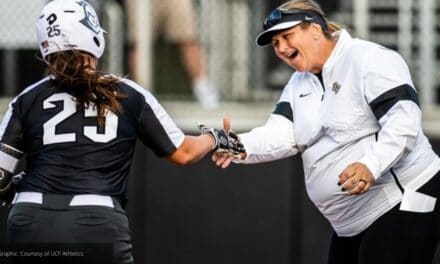 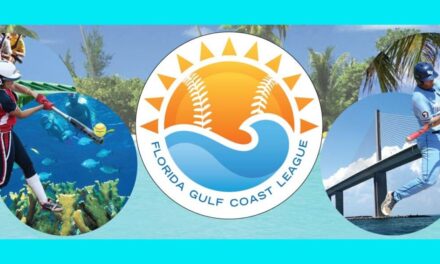